The 9/11 Promise awards 10 deserving students who are the children of first responders or members of the US Armed Forces. This is the inaugural group of recipients for these scholarships that will be awarded on a yearly basis going forward. Each recipient will receive a financial contribution toward their tuition and living expenses as they attend a mix of colleges, universities, and trade schools next fall.

The mission of the organization originated in the aftermath of the attacks against the United States on September 11, 2001 and the same themes of bravery and personal sacrifice echo now during the COVID-19 public health crisis. Nearly two decades later our nation’s first responders and military members continue to create stories of hope, courage, and service to others. The inspirational acts of these public servants in this time of crisis make it even more fitting that 2020 marks the first award of these scholarships.

“Every day, first responders & military service members protect our communities and country.  While their bravery tends to be highlighted in times like 9/11 and our current COVID global pandemic, these folks are actually heroes every single day,” said Jennifer DePoto, President of The 9/11 Promise, Inc. “It is with great pleasure that we honor their courage and sacrifices.  We are truly excited to provide educational scholarships to the children of these heroes.”

This year 34 students applied for the 9/11 Promise scholarships. The organization evaluated each submission for eligibility, primarily being the child of a military member or first responder who has passed away or been disabled. Each scholar was further evaluated based on their need, academic ability, community service, and persistence. Scholars will go on to study in fields such as biological science, engineering, culinary arts, medicine, computer science, and education.

These 10 scholars grew up with daily reminders of the highest examples of personal sacrifice shown by the individuals closest to them. The 9/11 Promise, Inc. is honored to offer a small repayment for all that they and their families have given to their grateful communities. 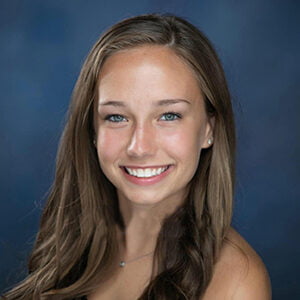